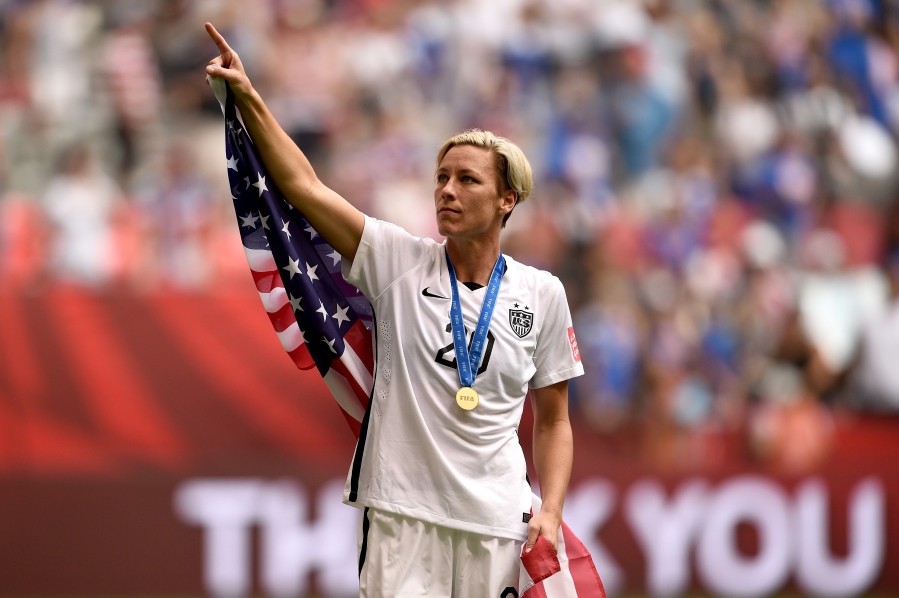 To transcend to immortality has been the goal of many. In sports, it is very common to seek for records, milestones, and epic achievements in order to never be forgotten. But Abby Wambach, the woman who has scored more goals as an international player in the history of USA Soccer (male or female), who has won not one but two olympic gold medals and a World Cup title (2015), wanted everyone to forget her after her retirement.

“Forget me. Forget my number, forget my name, forget I ever existed. Forget the medals won, records broken and the sacrifices made. I want to leave a legacy where the ball keeps rolling forward. Where the next generation accomplishes things so great, that I am no longer remembered. So, forget me. Because the day I’m forgotten is the day we will succeed.”

Without a doubt, her call to be forgotten is not usual in the sports arena. But it is also not a usual thing to do in History. This discipline pursue just the opposite: to remember. And even though History has been played to conveniently forget or erase facts and people from the past, its goal will be always to fight against it.

Abby Wambach asked everyone to keep moving forward without her achievements in the way. However, is it possible? Could someone accomplish great things forgetting their past? Probably yes, but it would be so much harder by taking that path.

Memory is a valuable asset. Memory could reside in the traces left throughout our experiences, in the debts owed to those who have pushed forward before us, and in the legacies that help us step in the shoulders of giants.

Unfortunately, memory is also a dangerous weapon. It could trap us and keep us from moving, rendering us absolutely helpless. The moment we think Abby Wambach’s record of 184 goals with the Women National Soccer Team is unbeatable, will be the moment Alex Morgan (98) or Carli Lloyd (105), for example, are not worth cheering, supporting and encouraging to go beyond.

For sure, Wambach had Mia Hamm and her 158 goal record in mind every single time she stepped on the soccer field. Not because she was focusing on beating Hamm’s record, but because the mere existence of that record (not forgetting about it) made her work hard and be as committed as possible to face every challenge. And that made her reach for more until that 158 goal record seemed far from her 184. And that is greatness. That is a healthy dynamic for memories to work with. That is how our historical conscience grows.

Consequently, memory -as Paul Ricoeur has expressed- is a process of narrative elaboration that enhances the coherence of everything that happened before us and until us. In other words, memory helps us make sense.

Ricoeur uses a beautiful figure to explain his point: there is a space of experience (the past) that enables a conversation with a horizon of waiting (the future), and that conversation is about the present, about who we are and our potential. The results of that conversation would guide us to forget -when necessary- without erasing anything. It will let us remember without the pain, with hope, inspirationally.

Therefore, if we allow the past to put a burden on our future, whatever we could be is reduced to whatever we have been. This, to say the least, is not fair and there is where Wambach’s call is focusing. She saw herself as a dam that would stop younger generations of soccer players to go beyond her achievements, so she decided it was better to be forgotten.

Along side that, we must keep in mind that memory is subjected to the dynamics of remembrance and forgetfulness, and it also is a potential victim of evil manipulations. This is where History acts. In its problematic essence, in the midst of issues of trust and veracity, History is the referee in the match between memories that hurt, those that inspire, and those that cripple.

Reminding us about how much History matters, Lynn Hunt has stated:

“[In spite of] all the efforts of past and present authoritarians to manipulate history and control memory, history and memory have a way of breaking through, thanks in no small measure to the history written and taught by those trained in the discipline.”

As a result, History helps us realize what we all are capable of through the knowledge of whatever we (as human beings) have done in the past. History shows us what we truly are. In consequence, forgetting something or someone is only appropriate when it’s a cause of pain or when it prevents you to go beyond. And even so, to forget does not imply to erase.

Emmett Knowlton has expressed it neatly. About what he consideres the futile desire of Wambach presented in the Gatorade ad, he said:

“She is already immortalized in American soccer history, and however much the sport grows in the decades to come will have her to thank as much as anyone.”

In her autobiography, Forward (2016), Wambach admits her longing for a future ahead of her in her beloved sport. In this book, she recalled when reporters inquired her about breaking Mia Hamm’s record and her next goal, she said:

“I want to give more assists to Alex Morgan, so she can break my record.” And I mean it: there would be no greater tribute than being surpassed.

About the Gatorade ad she expressed in her memoir that when she implored everyone to forget her, it was “only with regard to soccer, I think, not for good!”. But is it possible to forget her soccer persona separating it from the person she is now? There is only one Abby Wambach and the whole of her is more than those parts scattered. And when she said she wanted “to give more assists” to her team mates, she was (unconsciously) implying her legacy will be there as the impulse for further accomplishments.

“Ninety will never be the same without you, Abby” – have said Wambach’s playmates about her retirement, referring to the 90 minutes of a soccer game (Nike ad). We agree. It won’t be the same for those minutes nor for the USA Women Soccer National Team, nor for soccer history itself. Thus, and keeping Karl Popper in mind, our history is as important and as meaningful as we decide it to be, that’s why we choose to remember you, Abby.

[This have been written as a challenge, but also as tribute to ordinary people who act extraordinarily for others] 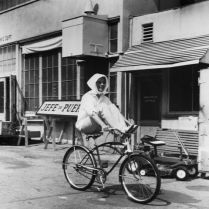 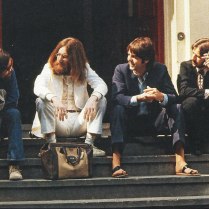 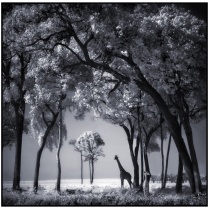