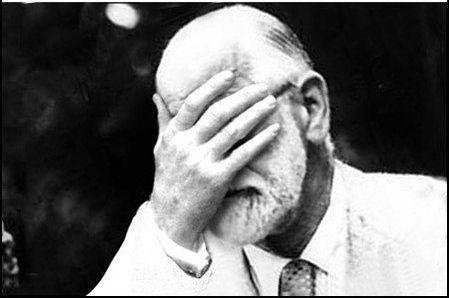 “He who possesses science and art also has religion; but he who possesses neither of the two, let him have religion.” Sigmund Freud (Civilization and its discontents, 1939) uses that well-known saying from Goethe to lead us into the comprehension of the representative roles Science and Art fulfill in the place of Religion. “If we also set out to deprive the common man (who has neither science nor art) of his religion, we shall clearly not have the poets’s authority on our side.” (Freud, Civilization and its discontents, 1939)

According to Freud, art would be no more than mere illusion which disguises our reality and makes us believe we are happy. “The substitutive satisfactions, as offered by art, are illusions in contrast with reality, but they are none the less psychically effective thanks to the role fantasy has assume in mental life.” (Civilization and its discontents, 1939) Moreover, to Freud art and its effects on human psyche can be compared to those of narcotics.

To Freud art would be a palliative measure that will not cure but will make us believe it did and the cause of our suffering will not be eradicated. In his own words: “At the head of this satisfactions through fantasy stands the enjoyments of works of art –an enjoyment which by the agency of the artist is made accessible even to those who are not themselves creative.” (Civilization and its discontents, 1939) This palliative measure, this mild narcosis that is art in the eyes of this German psychologist, would provide just “a transient withdrawal from the pressure of vital needs, and it is not strong enough to make us forget real misery.” (Civilization and its discontents, 1939)

Friedrich Nietzsche generated his ideas having Man as the key of the Universe. “Nothing is beautiful, except for man alone: all aesthetics rests upon this naïveté”, says Nietzsche in Twilight of the Idols (1889), and he confirms his views towards art as something essential to human life when he says: “Only as an aesthetic product can the world be justified to all eternity.” (The birth of Tragedy, 1872)

To Nietzsche, only art “could twist and transform that repugnancy to the horrible and absurd of existence in representations which one can live with.” (The birth of Tragedy, 1872) It is art what dominates what is bizarre or hideous in our life. It must be said that it is possible to understand it as an evasion, somehow a palliative measure that does not solve any of those atrocious aspects of life Nietzsche has referred. But it was not Nietzsche’s purpose. He aimed to enhance the intensity of life itself by the possibilities of art to make it beautiful.

“Art as the jubilee of will is what seduces to live with intensity and strength”, said Nietzsche, adding the only possibility of life is in the art.  (Posthumous fragments, 1969) Existence, therefore, may be justified only by the virtues of art and this will lead Man to become the so called Übermench. Thus is easy to understand him when he says: “The Buddhist lacks of art; therefore his quietism.” (Posthumous fragments, 1969) Nietzsche never asked for a passive contemplative way to conceive and enjoy art. He asked for intensity, just as Baudelaire did time before. Frenzy, that was a key word to him. “Frenzy must first have enhanced the excitability of the whole machine; else there is no art.” (Twilight of the Idols, 1889)

Summarizing, if we understand a palliative measure as some sort of relief, a temporary (not definitive) medicine to confront suffering (not solve the cause of it), then art is indeed a palliative measure to Freud. Art acts in the lives of men (mostly intellectually prepared men) as religion does in the lives of those uneducated men. And since art is nothing else than a re-creation of reality, i.e. an illusion, it drives men to live in delusion.

If that is the case to Freud, to the German philosopher, Nietzsche, art would be a palliative measure when you assume it as path to prevail over reality and its ugliness, all its horrifying aspects would be surpassed through art and the intensity it stimulates in the process of living. Where morality makes man a pigmy, a little pale shadow of his possibilities, art liberates and opens the doors to surmount. Art does not transform reality solving its problems, it transforms Man to live it at full and triumphant.